The Cabinet Mission’s aim was to discuss the transfer of power from British to Indian leadership.
Objectives of Cabinet Mission included obtaining an agreement with the indian leaders  as to the framing of a constitution for India, formulating a constitution making body and establishing an Executive Council with the support of the major Indian parties.
The mission proposed a complicated system for India with three tiers: the provinces, provincial groupings and the centre. Some of the main reasons for the failure of the Cabinet Mission were the differences between Indian National Congress and All-India Muslim League over its clauses, dominion status before independence and the division of provinces in three groups. Cabinet Mission failed to fulfil the demand of an Independent and united India. 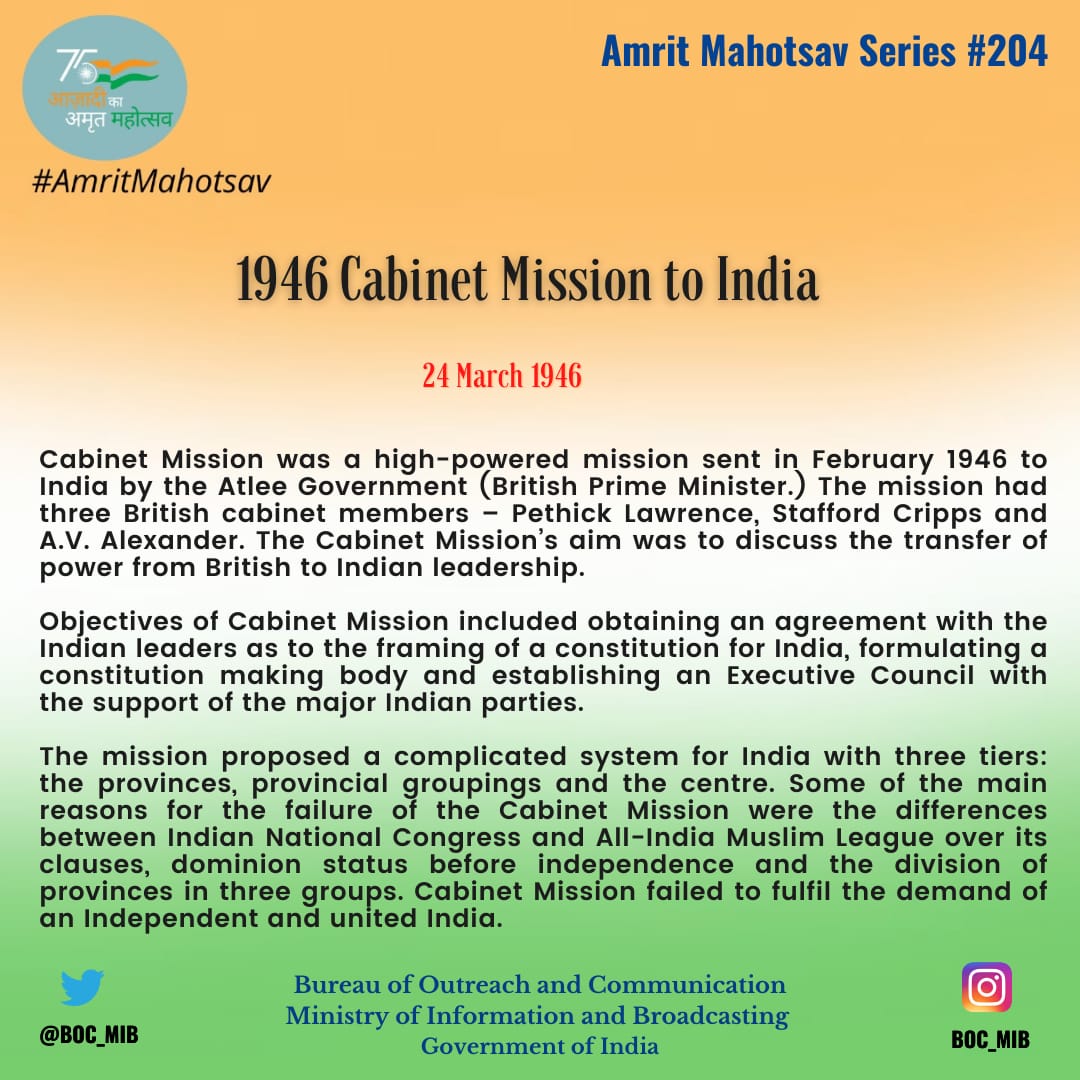 My Tweets
error: Content is protected !!
0
0
Your Cart
Your cart is emptyReturn to Shop
Continue Shopping
Whatsapp us